I rarely give talks in New York City, but on Tuesday, July 18th I’ll be speaking about “The Wok in America” at the Museum of Food and Drink (MOFAD) in Brooklyn, where the exhibition, “Chow: Making the Chinese American Restaurant” is currently on view.

My own family’s wok, circa 1949, is one of the items on display. If you’re familiar with my cookbooks, you might remember that my parents did not use a wok. They stir-fried with a stainless-steel skillet because a round-bottomed wok wouldn’t work on their electric stove. I was reunited with my ancestral wok just a few years ago, and I’ll be sharing the tale of how this long-lost treasure came back into my life. 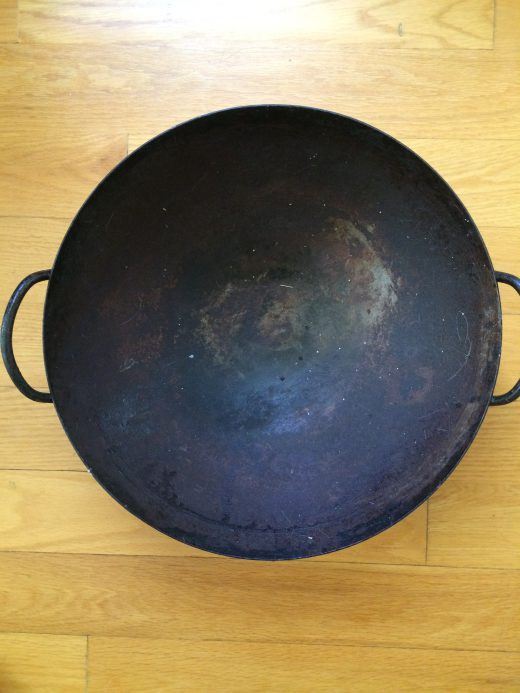 In preparation for the exhibition, last fall museum staffers came to my home to record the story of the wok (and as you can see, my cat Henley horned in on the act). 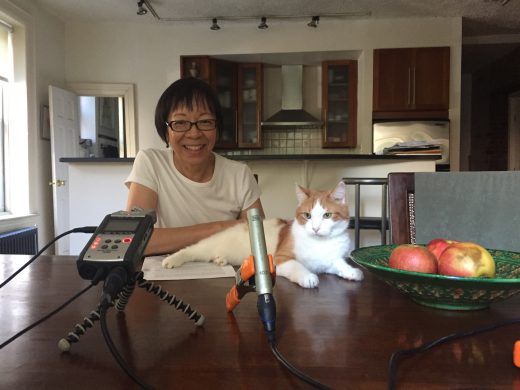 At the museum, you can slip on a pair of headphones and hear it in my own words. 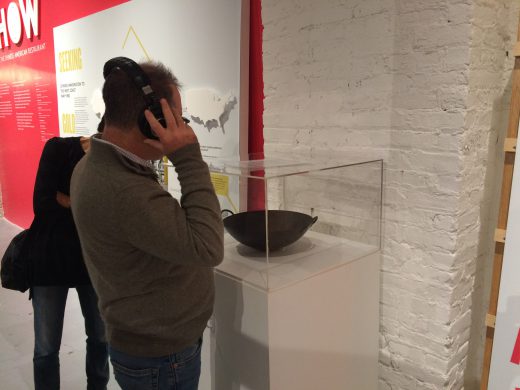 My family’s wok is a piece of a larger picture of immigration and assimilation, and how the wok has been more or less abandoned by Chinese-Americans. Steeped in tradition, the wok has endured and served in millions of homes for more than 2000 years. In old China, it was sometimes the only pan used in the kitchen, a humble vessel that is now at risk of being forgotten by Chinese home cooks in America and China. Many no longer know how to season or cook in a traditional iron wok, and that’s a pity. Please join me for this important tribute to the wok—an instrument of and receptacle for continuous cultural evolution.