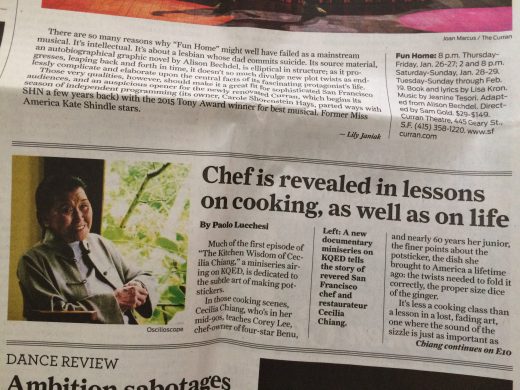 Last week when I arrived in San Francisco for the lunar new year celebration, it didn’t surprise me to see Cecilia Chiang prominently featured in the San Francisco Chronicle. At the age of 97 Cecilia has launched a new mini-series with KQED, “Kitchen Wisdom of Cecilia Chiang.” I felt an urgency to see Cecilia before Saturday, New Year’s day, as I had a special gift for her. My father taught me that giving a book at the start of the year is bad luck. The word for book in Chinese is a homonym for losing. In other words, to give a book as a New Year’s gift is to suggest that the recipient will lose fortune in the coming year.

I called Cecilia on Thursday morning and she explained there was no way she could see me. She had three appointments and couldn’t possibly squeeze me in. I had to smile thinking there aren’t many ninety year-olds who are fully booked– but no one is like Cecilia. Fortunately I was able to see her on Friday morning to give her Anne Mendelson’s new book, Chow Chop Suey. There’s a section that chronicles Cecilia’s many contributions changing the Chinese restaurant scene in San Francisco with the opening of her legendary restaurant The Mandarin. 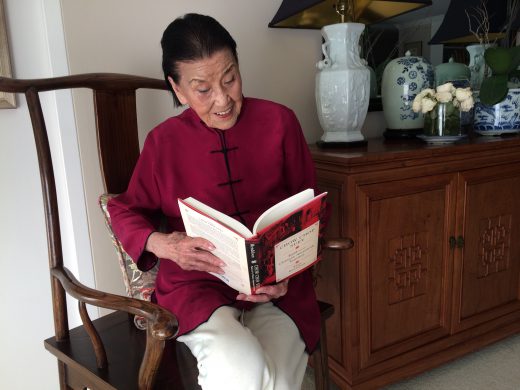 I don’t know if it matters that I gave the book to Cecilia before the start of the year. Something tells me Cecilia is too modern to believe in old-fashioned Chinese superstitions.   For me, it was so special to have a visit with Cecilia. She told me she makes a point of taking a long walk everyday and keeping active. Her mind remains sharp and she is as elegant as she was the first time I met her years ago. “I’m still working. I want to live to do something worthwhile for people and charities. Even now since things are difficult I never give up. Never. Never. Never. I’m not that kind. I still have so much pride.”  Words to live by in these difficult times. Happy Year of the Rooster! 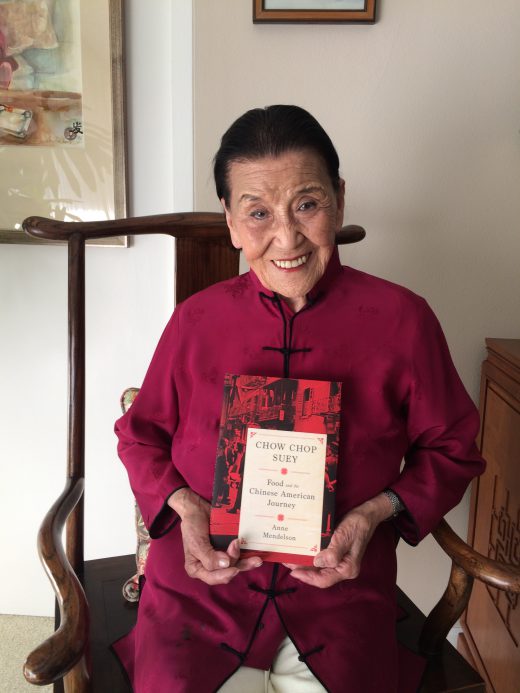